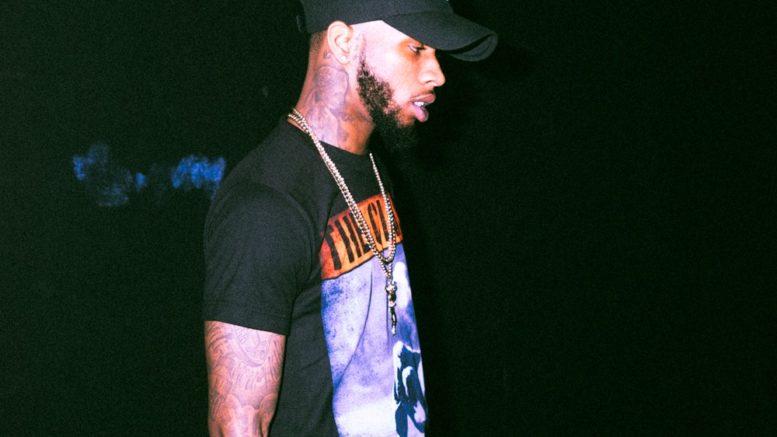 If you haven’t been living under a rock, you’ve probably heard of Rapper/Singer/Songwriter Tory Lanez by now. He started his music career in 2009 and has been climbing the ladder since. He broke through the charts in 2015 with his hit “Say It”, which peaked at an impressive #10 on the RnB charts.

He has collaborated on tracks with Rick Ross, Meek Mill, G-Eazy, Chris Brown, The Game, and is currently on tour with A$AP FERG. It doesn’t seem like Lanez would be hurting for cash in such a winning situation, right? Well, apparently he isn’t doing too well financially, because he just launched a full scale assault against vulnerable vocalists & producers everywhere.

Let’s break it down.

Lanez has rounded up a team to find small time producers & rappers around the globe via soundcloud, and has started sending mass emails trying to scam them out of $75. He claims that he is holding aĀ contest in which the winner will have Lanez featured on their track. Sounds great, except that you have to pay Lanez $75 for a submission. This leaves hungry musicians who think Lanez is personally emailing them with a hard decision. Most struggling musicians will do whatever they can to get their name out there, and might find it hard to pass up an opportunity like this, even if rent is due and there’s no food in the kitchen.

This is bad, and Lanez should feel bad.

It does not cost money to hold a contest like this. All Lanez had to do was post about it on social media, and have a few friends check through the tracks for the best artists. This is a pure scam and the victims couldn’t be closer to home for Lanez. He was once a struggling musician himself, and it’s sad to see that he doesn’t care about his fans who are struggling like he once did.

Here is a transcript of the mass emails Lanez has been sending out: 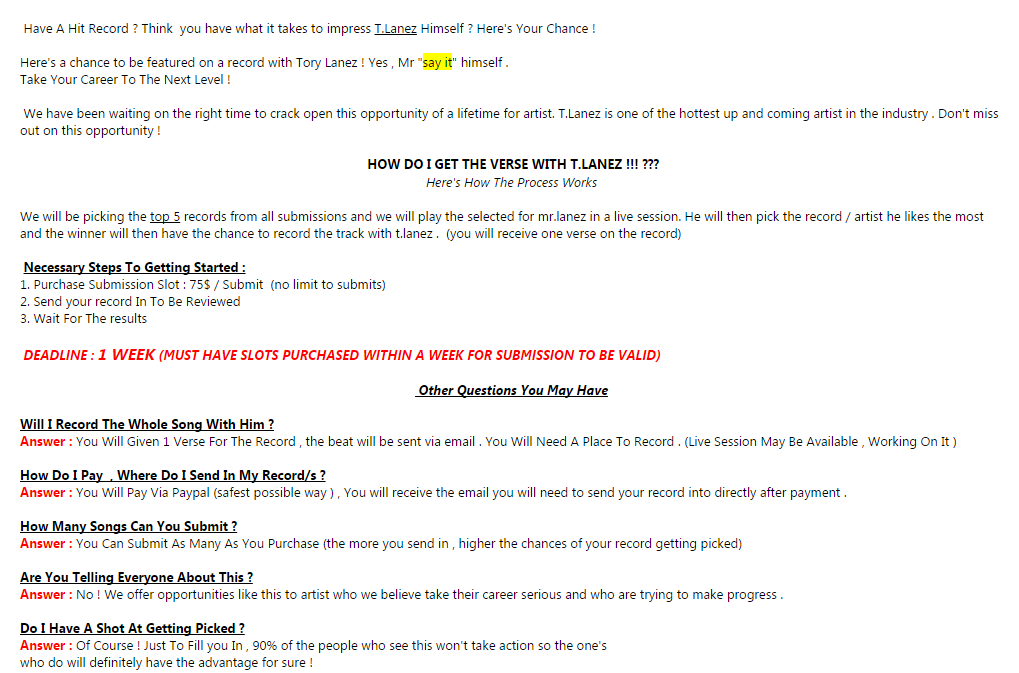 Why is Lanez doing this? It seems like the profit from this shouldn’t even make a dent in the profits he’s already receiving from his music and shows. Lanez is either partying harder than his wallet can handle, in debt, or a greedy sociopath.

What do you think? Is Lanez wrong for this? Or is it justified? Let us know in the comments below.