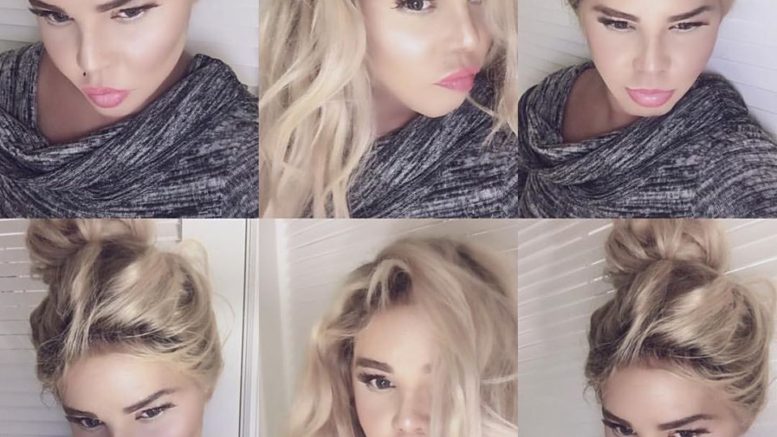 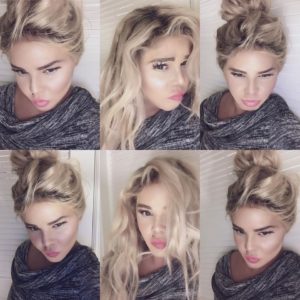 Rapper Lil’ Kim looked unrecognizable in a collage of selfies and a video she posted on her Instagram page on Sunday.

The New York native, born Kimberly Denise Jones, first hit the music scene in the ’90s alongside rapper The Notorious B.I.G., with whom Jones had a rocky romantic relationship.
Over the course of her decade-spanning career, Lil’ Kim has dramatically changed her appearance multiple times, appearing with lighter skin and more dramatic facial features.
In the collage posted Sunday, the 41-year-old’s skin appears to be the lightest its ever been, and fans are calling her out and accusing her of bleaching her skin. The rapper’s eyes are also stretched taut suggesting a face lift, and she dons a blonde wig.
“I have low self-esteem and I always have,” she told Newsweek in an interview in 2000. “Guys always cheated on me with women who were European-looking. You know, the long-hair type. Really beautiful women that left me thinking, ‘How I can I compete with that?’ Being a regular black girl wasn’t good enough.”
She also opened up about getting breast implants.
“That surgery was the most pain I’ve ever been in in my life,” she said. “But people made such a big deal about it. White women get them every day. It was to make me look the way I wanted to look. It’s my body.”
Some fans responded to the new look with disappointment and confusion.
Lil Kim Season released a 10-song mixtape last month after a musical hiatus.
“For a long time, my focus was my baby,” she told Billboard last month. “I wasn’t thinking about music at all, and my focus was just raising my baby. Now that she’s 19 months and she’s going to be two this summer, she’s motivating me to do music again. We play music all the time and she’s always dancing.”
Lil’ Kim’s last full album was “The Naked Truth” in 2005.